What Does Being a Hustler Really Mean? 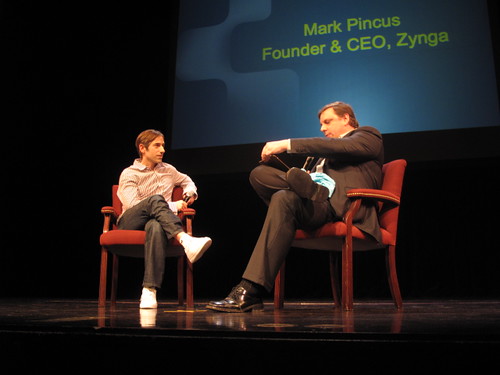 Among my business friends, being called a hustler is a good, even noble thing. While “civilians” may have a negative view of hustling, in the start-up world, being a hustler has a totally different connotation.

Here’s what being a Hustler means to me.

When you have something really important to do, even if it scares you – you have no choice but to do it. Cold calling investors, pitching yourself to speak at an event, or emailing A-List bloggers to cover your company, what have you.

You just do what you have to do.

In the early days at Flowtown, I realized it was super important for Ethan, my co-founder, to build a strong network of advisors. This meant creating a list of people he admired and reaching out to them, one by one. We called it the 100 list. One hundred amazing people who’ve been successful in the SaaS space that Ethan wanted to connect with and befriend.

He dove right in, too. He just started researching and building his list of best prospects. Then he sent short, focused emails which outlined his situation and asked for advice.

Did he get a 100% response rate? Heck no. But he did get nearly 15% of the 100 people he contacted to respond. He now has a network of smart, successful advisers he can turn to for good counsel. Many have become personal friends.

What’s the takeaway? Ethan didn’t “think” it to death. He just did it.

How many people do you know who have an excuse for everything that goes wrong with their lives? Beyond just being annoying, I wonder if they ever realize that their defeatist attitude is 100% related to the success – or lack of success – they’re enjoying.

Real hustlers don’t make excuses. They own their actions and results completely.

If you haven’t heard of Jon and Storenvy, take some time and give it a read. Jon is a straight up hustler!

Even after he got kicked out of Y-Combinator, he owned his situation and took the next logical steps to move himself forward. He stayed in San Francisco, networked like crazy, and got a great group of guys to believe in his vision. Jon eventually raised $1.5M for his start-up. He had every reason to make up excuses why his co-founders failed him, why Y-Combinator treated him unfairly, or that he should pack it all in and move back to Austin.

But he didn’t. He hung tough. He didn’t make excuses, he found opportunities. He’s a stronger, more savvy entrepreneur because of what he went through.

Picking yourself up after failure is really what separates the men from the boys, and the stuff he went through gave him a chance to prove it.

Hustlers are great believers. They believe first and foremost in themselves, and they believe in their ideas. It’s like a religious self-belief in themselves to just persevere.

Demonstrating this deep level of personal conviction for your ideas act like a gravitational force for other amazing people. People are attracted to others who possess a strong belief in themselves.

I’ll share a personal story to show you what I mean.

I’ve always been impressed by my brother. By most people’s standards, he’s done extremely well. In just four years, he learned how to build a house, started a home building company, and is now considered the top home builder in all of Atlantic Canada. He builds nearly 70 custom homes per year and his business is growing 30% annually.

What amazes me is that even though we come from a small town (100,000 residents) and everyone told him he was too young to be a home builder … that his marketing approach to use only social media wasn’t going to work … and that his well-established competition would crush him, he was never deterred.

Despite the naysayers, my brother said, “Screw that.” and launched his business anyway. He believed in himself. He listened to what others had to say, but didn’t internalize it. He kept the good advice, and ignored what didn’t serve him.

Believing in yourself when most people expect you to fail is incredibly hard. I always look to him when I things get rocky and tell myself I have no right to let anything slow me down.

Hustlers have the unending, relentless energy that if harnessed, could easily power small towns. You feel it when you meet them. They’re like a ball of energy that’s just exploded in the room. All the hustlers I know bring a level of intense energy that most others only dream of possessing.

One of my good friends is Neil Patel. If it was possible to stockpile energy, Neil would be the first one to try. I love talking to him about business to watch his eyes light up, crack a big smile, and listen to him talk which is fast, really fast. A chat with Neil and I’m plugged-in! I want to jump from the table, make a few phone calls or hit my laptop right away.

Speaking of fast, here’s another thing. Hustlers love speed. You might even say they’re addicted to it.

They love to take an idea or project from conception to completion as fast as possible. Nothing moves them more than to see things moving quickly in the right direction. There’s a concept called the “knowing, doing gap” which describes the big gap between the knowledge of something and translating that knowledge into action.

Hustlers simply don’t struggle with this gap. They know, they do. That’s it.

A few months ago, I met the founders of Summify, and man, was I impressed!

After a single conversation, they followed up with an email detailing the changes they had already made to incorporate the ideas we discussed. That trend continued with more emails, more changes in the product. They moved FAST. It was impressive to watch the exchange unfold. I can’t say too much at the moment, but for now let’s just say they should be announcing something very big. very soon.

Can You Learn To Hustle?

Maybe. If you’re willing to follow the steps above, focus more on your actions rather than getting lost in the ideas, move quickly, and most importantly, believe in yourself and your success with energy and conviction – then maybe soon someone will call you a Hustler. Wear it proud. I do.